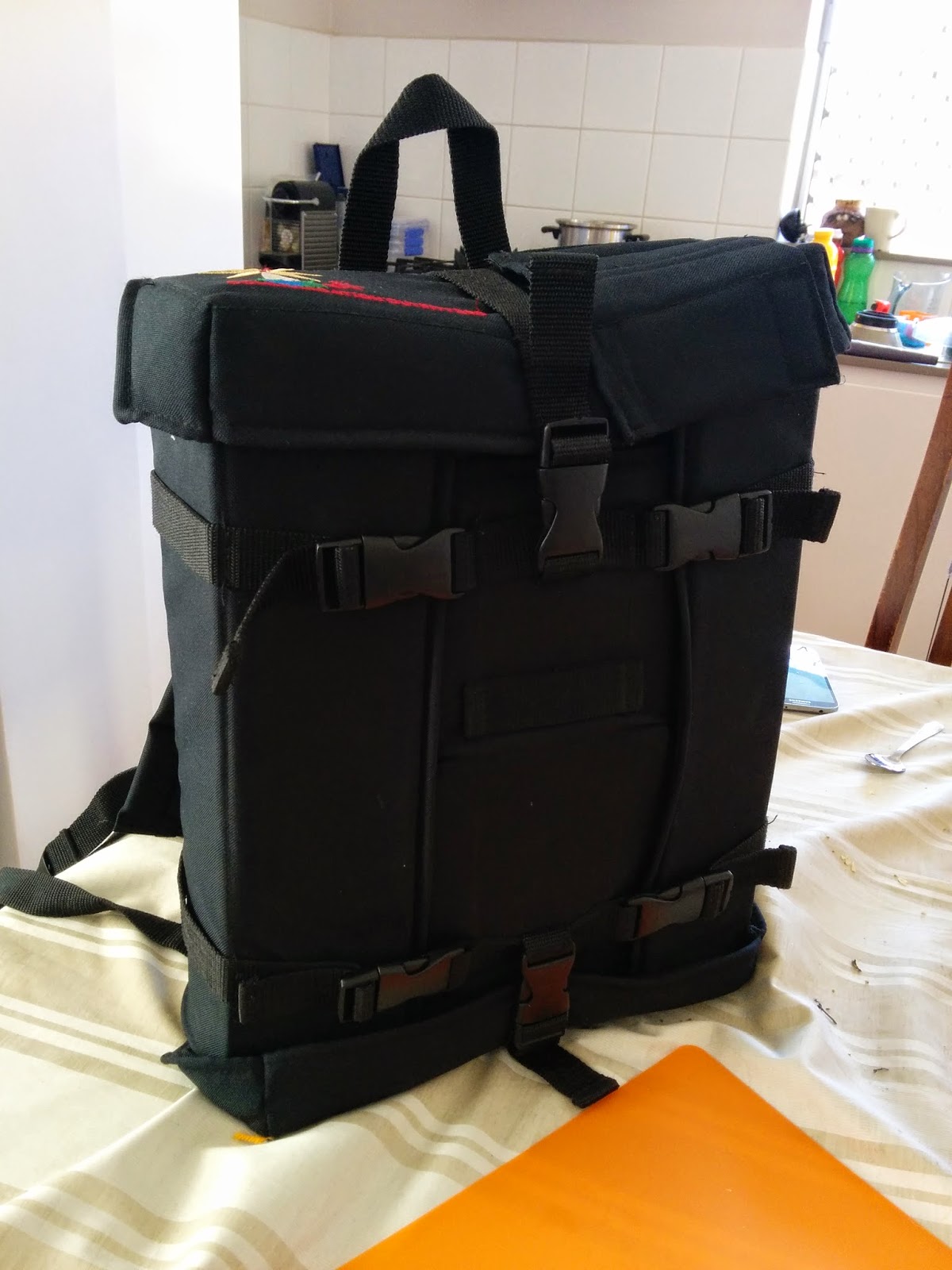 I’m in the process of changing my radio setup in the Patrol, to allow me to easily switch between Mobile and Portable operations for field days, when I’m camping, and for the occasional SOTA activation.  I currently have an FT-857D in the patrol, and looking to setup this radio for a simple transition between mobile and portable use rather than spent for yet another radio.

The FT-857D is a relatively small, portable all mode all band radio and was the first HF rig I bought when getting into the hobby.   For the past couple of years its been permanently mounted in the car, but doesn’t get a whole lot of use in that mode as children-in-tow doesn’t really lend itself to many contacts when mobile.

I did get very lucky here and acquired the perfect pack for this radio from another member of the radio club who has upgraded to a more modern, lighter, and more portable radio for his ops.  And when I say perfect, I mean it as this pack was made specifically for the FT-817/FT-857 radio’s. 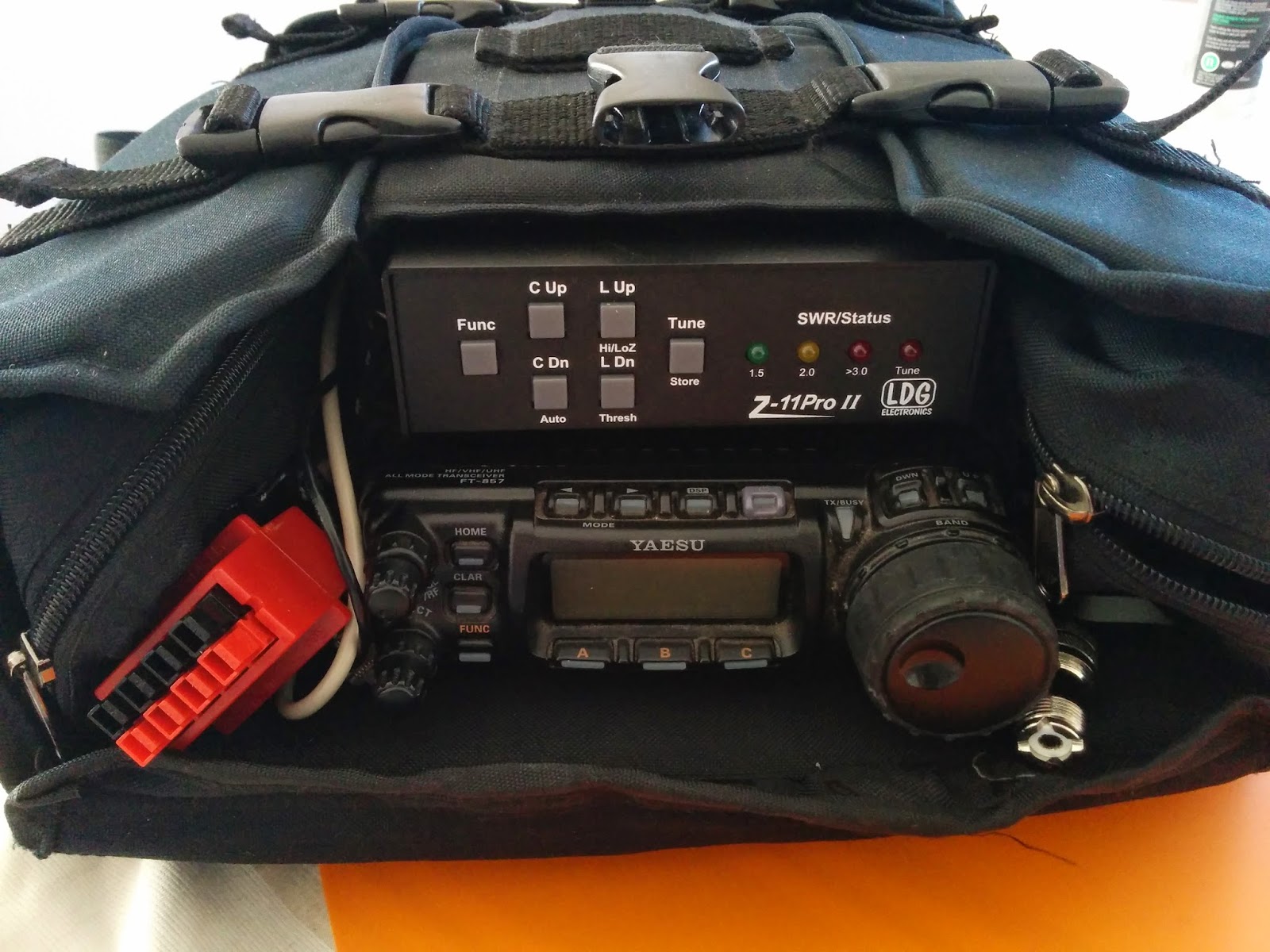 I’ve currently paired the radio with an LDG tuner which won’t be necessary for most bands as I’ll be (trying) to use resonant antenna so don’t plan to carry the tuner for SOTA/qrp ops.

A Signalink has been added to enable data modes (PSK-31, JT-65, etc) and a 8.5 amp hour LIFEPO4 battery to run the rig when I’m away from the usual power sources (solar).

Everything fits nicely in the pack, and it opens up when in use to allow the radio to breath (dissipate heat) when in use.   I’ve brought all connections to the front of the pack (HF/VHF/CAT/Data/Power) for easy connection depending on what I’m going to be doing at the time.
I was hoping to leave everything in the pack in the car by simply plugging in the power/antenna and moving the head unit, but obviously cooling the radio will be an issue in this mode in the car so some thought needs to be given to this setup.  I’ll probably have to move the radio between the pack and the car which isn’t a huge deal.

The entire pack weighs a few Kg so it’s not that light weight, The Lifepo4 battery is a good deal lighter than the equivalent SLAB and the voltage range is perfect for this radio so no voltage regulator required. 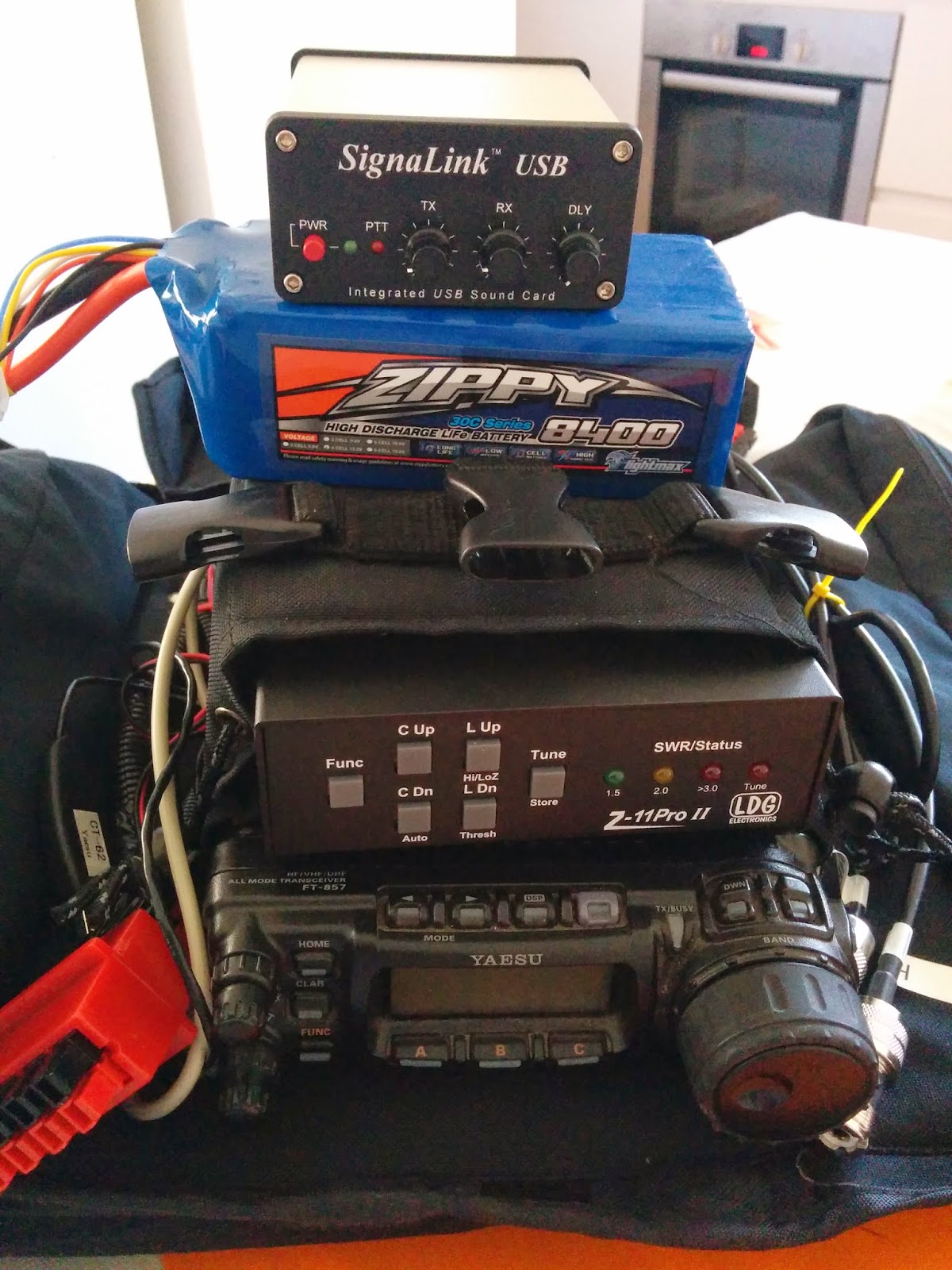 I still need to sort out portable PSK-31 as I don’t really want to carry my macbook up a mountain where its likely to fall victim to the inclement weather.   I am working on ‘fixing’ my Nexus 7 for this, or may jailbreak the old Chromebook my daughter has decided is no longer suitable for school.

All in all I’m happy with the solution so far.